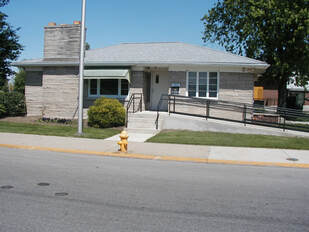 First location generously provided by Franciscan Health
Beginning in 1998, the members of Tippecanoe Child Abuse Prevention Council (TCAP) became aware of a need for a better way to interview children who have been victims of child abuse.  Through many meetings and discussions, a multidisciplinary team (MDT) came together to begin a child advocacy center.  Funding was secured and members of the team were trained.   In April 2000, members of TCAP and the MDT succeeded in their efforts to open a child advocacy center in Tippecanoe County and the Heartford House was established.


In the fall of 2010, the Advisory Board for Heartford House voted to become its own entity.  Heartford House, Inc. was established in Indiana and a founding board of directors was created in December 2010.  Through the years, we have increased the number of counties we serve from one to seven including Benton, Carroll, Fountain, Montgomery, Tippecanoe, Warren, and White counties.  Services have expanded from serving child sexual abuse victims to any child who has been a witness or victim of a crime.  Our staff started with one part time person and has expanded to include Executive Director, Intake Coordinator, Program Associate, and Family Advocate.  In May 2017, we relocated to a new facility with provide opportunity to double square footage and improve ability to serve children, families, and teams.

Services expanded to Clinton County when Quinton's House became a program of Heartford House Child Advocacy Center on October 1, 2020.  This additional county provided a second location and opportunity to create new partnerships. Quinton's House is a partner with United Way for Clinton County.